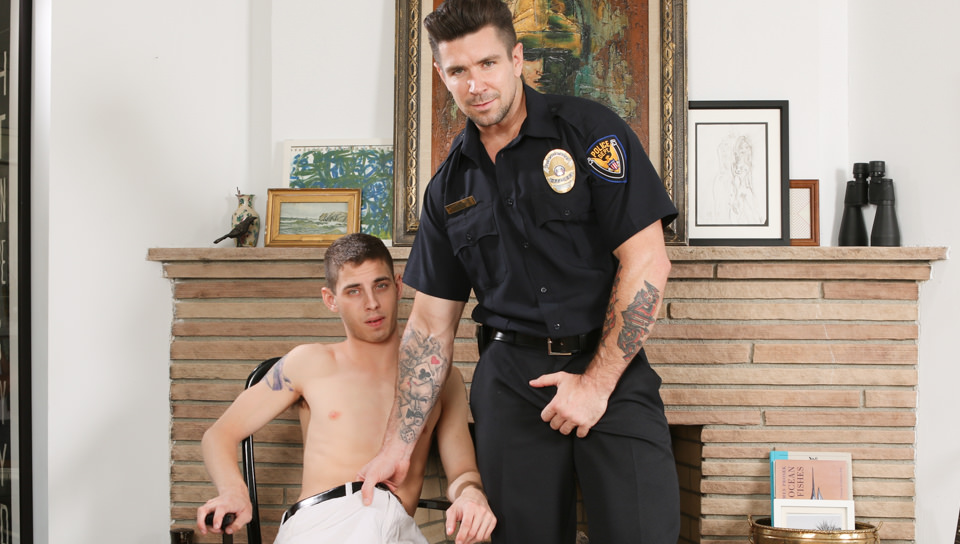 Sam Truitt is in trouble with the law and this time Officer Trenton Ducati is going to make him pay his dues. Sam has been busted beating off in the storage room again and his friend has ratted him out to cover his own ass.

Officer Ducati grills him with questions until he finally gives in and that’s when Trenton dicks him down with his hard cop cock. Sam will do anything to get out of this and by the looks of it he is doing just that. Officer Ducati is calling the shots as his boy deep throats his hard dick.

Sam’s big cock needs attention also and Trenton is making sure he wraps his mouth around it to feel it throb in his mouth. Officer Ducati bends Sam over the chair to spread his ass to get his tongue deep inside his hole and ready to be fucked.

Officer Ducati pushes his hard cop dick into Sam and begins to fuck him hard and fast. He fucks him in a few positions but makes his offender bust a nut while lying on his back. Trenton isn’t letting him get away that easy as he releases his built up load all over this young offender…Join them!

Johnny Rapid is posing for photographer Sam Truitt to help him build his photo portfolio. Things take a sensual turn once Johnny jumps in the shower, revealing his body through his wet white clothes. Once Johnny’s ass is out Sam can’t help but plunge his tongue into that tight hole. Soon enough the guys are flip-fucking to completion…Join them! 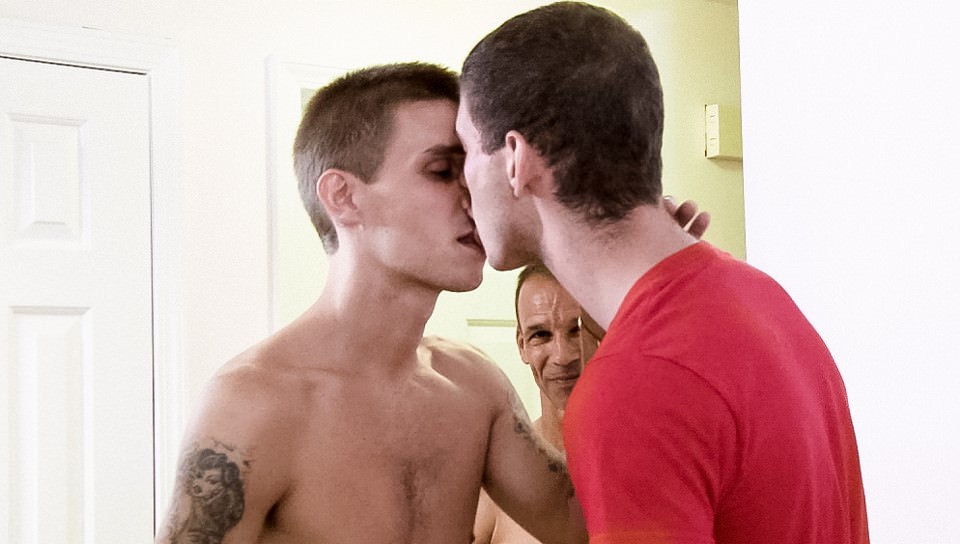 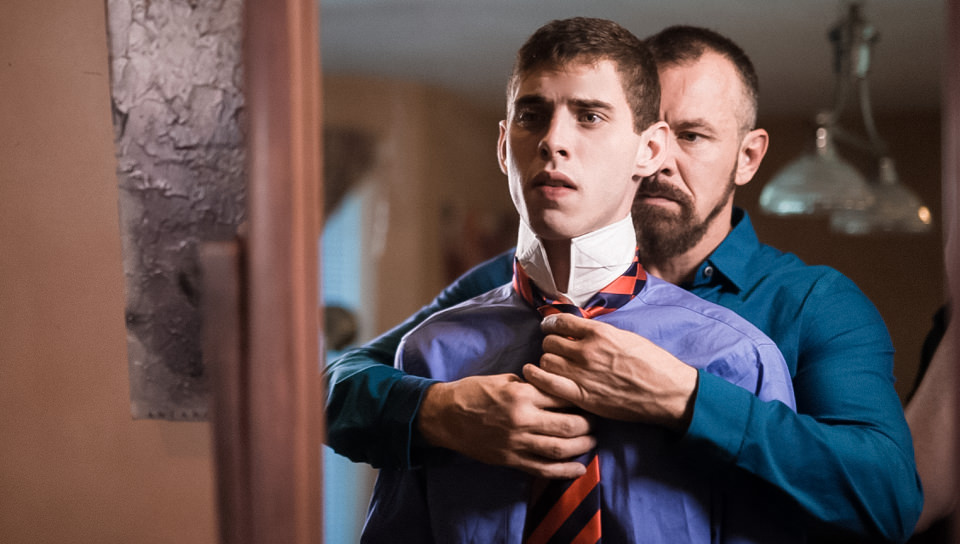 Older Svengali Max Sargent seduces young, vulnerable stud Sam Truitt and uses the young man’s loneliness and confusion to his own advantage. Watch this older/younger pair fuck and suck each other to mutual earth shattering orgasms…Join them! 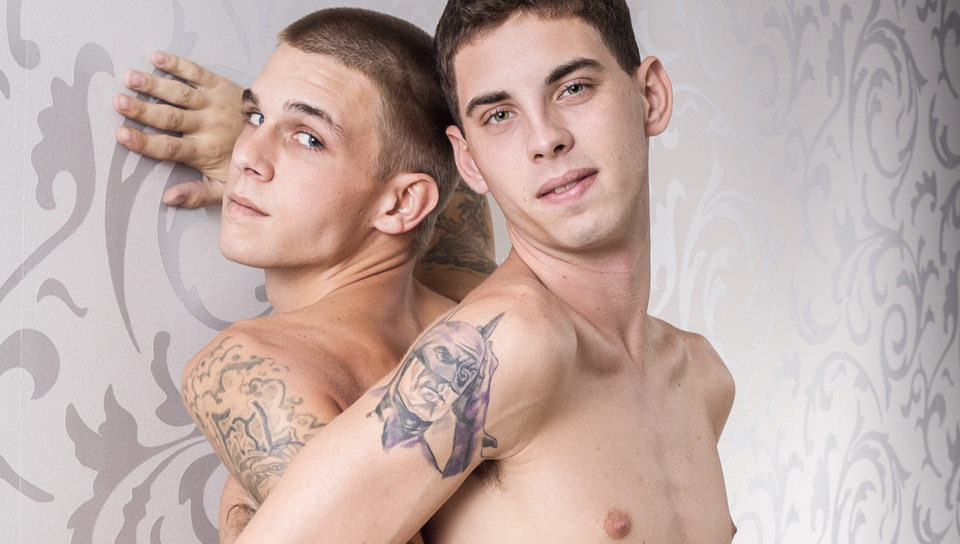 Trent Ferris and Sam Truitt are two friends, nervously chatting about different things. Having never fooled around before, they discuss what they’ve been up to since they last hung out.

Sexual tension is thick and both are nervous. They’re open to trying different things and, breaking the ice with a kiss, they start softly.

Trent reaches down into Sam’s shorts, playing with his hardening cock before kissing him, nervously undoing his pants, sucking on his long dick, slowly moving his head up and down. Sam moves over to return the favor, sucking on Trent’s dick.

Slowly it changes from soft to hard. Sam sucks on his balls then moves on to his tight ass, getting it ass nice and wet.