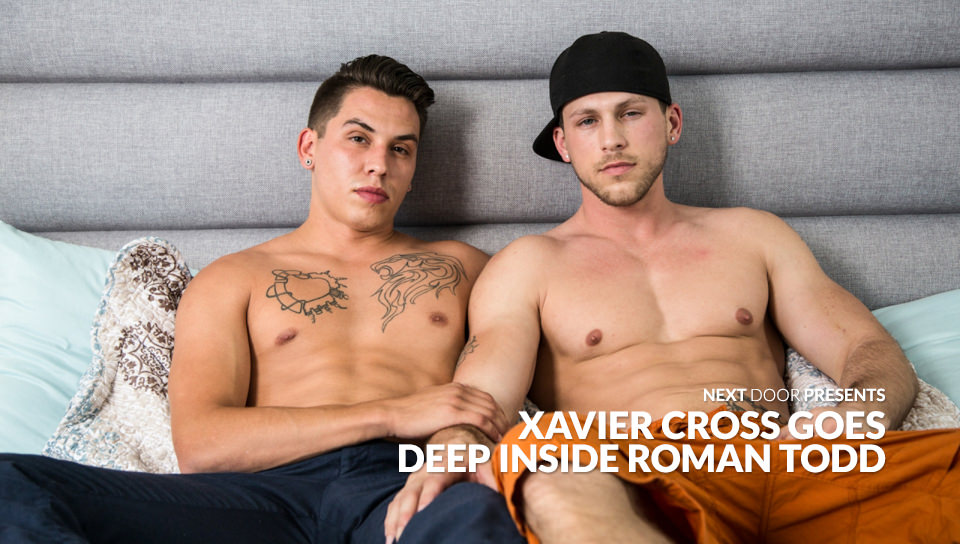 With member favorite Roman Todd involved, any scene is likely to be a hot one, but add in newbie Xavier Cross and the temperature just goes up from there. Xavier is a confident, open-minded guy from the Arizona, with nice thick lips and a penchant for using them.

Slated to fuck Roman, he nonetheless starts out going down on him. Roman’s big dick fills his mouth as he works his way up and down the shaft, and once Roman sufficiently turned on, they switch up and Roman reciprocates the favor, deep throating Xavier’s meaty cock and gagging on it as Xavier pushes his head further down.

Brad Payton and Xavier Cross have their little home camera system set up and are ready to give you a peek into their sexual exploits. Stripping out of their clothes, Brad sucks Xavier off as Xavier shoves Brad’s head further down onto his cock, gagging him with his meat stick as he eyeballs Brad’s bubble butt.

Flipping him around, he tongues at Brad’s hole, moistening it up before plunging his hard cock deep inside. Brad takes it like a champ, pulling Xavier in closer as he continues to pound away.