Johnny Torque is one of the coolest guys at school, and a friend of Texas Holcum’s brother. When Johnny drops by to hang out with Texas’s bro, Texas is home alone. His brother went to the gym, so Johnny decides to hang out and pass some time chatting with Texas. Johnny takes out a pornographic magazine, featuring photos of naked girls.

Johnny sees that Texas is kind of grossed out by the magazine. This is a clear indication to Johnny that Texas MUST prefer boys. Texas has never even had a girlfriend. It all just adds up. Johnny knows that the right thing to do would be to help Texas become accustomed to nice, hard dick.

Johnny’s begins the process by pulling out his cock and guiding Texas’s hand to it. Texas is so nervous he can barely look in Johnny’s direction. But, being the sweetheart he is, Johnny talks softly and warmly to Texas, encouraging him to relax and enjoy the experience.

Soon, Texas is licking and sucking the fat dick, letting his inhibitions slowly melt. The next step Johnny takes is removing Texas’s shirt and laying him down on the kitchen table. Johnny takes out Texas’s swollen cock and returns the oral favor by slurping on Texas’s ripe dick nice and deep…Join them! 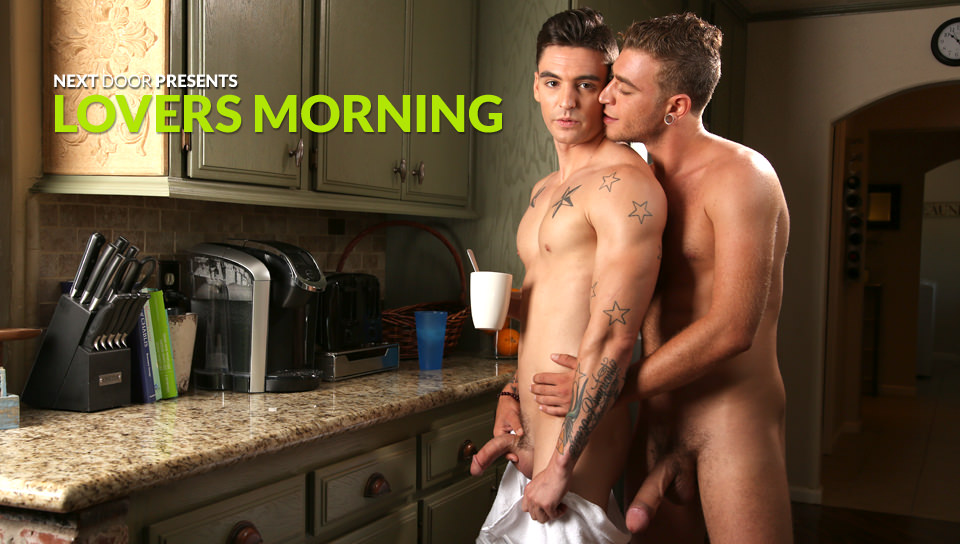 As the sun rises on another beautiful day, Johnny Torque pours himself a cup of coffee and surveys the landscape out the living room window. Within moments, Alex Greene emerges half dressed, rubbing the sleep out of his eyes. ‘Would you like a cup of coffee?’ Johnny asks,’Coffee isn’t what I need to wake up,’ Alex responds, and with that, he grabs Johnny’s package and the two of them kiss.

Alex slowly makes his way down Johnny’s body to Johnny’s cock, getting hard as Alex rubs it with his hands gently, before sucking on the head to tease his lover. Alex downs Johnny’s dick, deep throating it as Johnny puts his hand on the back of Alex’s head, guiding him deeper down the shaft as Alex gags a little.

Johnny then returns the favor, spitting on Alex’s cock as Alex fucks his face, but what Alex really wants is to feel Johnny’s dick deep inside him, so he turns around and bellies up to the kitchen counter as Johnny penetrates from behind.

Johnny fucks him like that for a while before they move into the dining room, where Alex spreads his legs and mounts Johnny, riding reverse as Johnny watches his ass bounce up and down.