There is a new prisoner on the same block as Blaze Austin and he likes the look of this sexy newcomer, Ace Stallion.

All Blaze sees is a new pair of fists that can stretch out his ass.

After having the locked-up newcomer suck down his thick dick, Blaze is on his knees and in position for Ace to rim his fur-lined hole.

It doesn’t take much prep work until Blaze’s experienced ass is ready for Ace’s hands and anally swallowing everything up to the new inmate’s slender wrist.

As Ace rapidly works himself in and out of Blaze, the wrecked bottom’s XL cock remains completely hard.

Blaze strokes himself off and after a few tugs, is shooting all over his own bed all while a satisfied Ace is still busy stuffing his insatiable ass.Join them!

Ty Mitchell ignores his stepbrother, Blaze Austin when Blaze asks for help on his math assignment while Ty’s filming a makeup tutorial video, so Blaze slides under Ty’s laptop and lets the twink use his cock as a blending sponge.

Ty blows Blaze, then rides him, and Blaze puts his stepbrother on all fours to make him take that big dick.

Blaze loves every second of the attention but when it’s Blake’s turn, he takes good care of him.

Blaze pounds the fuck out of Blake’s tight ass, only giving him a break to let him suck Blaze’s cock, tasting his own ass on Blaze’s dick.

Blaze lies on the bed and lets Blake ride him, bucking his hips up into Blake when he wants it deeper or faster, stealing kisses from him as they fuck.

Blaze throws Blake onto his back on the bed, holding Blake’s legs up as he rams his raw dick into him again and again.

Blaze Austin can see his best buddy Aiden Ward is upset when he arrives home.

It turns out that Aiden has lost his job and he is freaking out.

To calm his nerves Blaze offers him a few magic sips of his secret elixir of smooth, soothing brains, Himbo Juice.

The guys start making out and sucking each other’s cocks in the kitchen, and then Blaze bends over with a foot up on the counter as Aiden fucks him doggy style.

That Himbo Juice really works.Join them!

Roman Todd is relaxing and is ready to have a nice long self-pleasure session with his stroker, but first, he has to steal his roommate’s pricey hand lotion.

When Blaze Austin knocks on the bathroom door, Roman tries to hide the evidence.

However, Blaze quickly notices his hand cream is all gone… but Roman’s cock is really moisturized.

Roman tells Blaze he’ll give him back his lotion if he turns around, but first, Blaze pulls his bud into the bedroom and sucks his dick.

Roman sucks the bottom’s cock, then Blaze gets on top for a ride before Roman fucks him doggy style.

Michael Jackman and Blaze Austin are nurses at a busy downtown hospital who are relaxing a bit after a very heavy day.

Together they have made it through and as they stand close together behind the nurse’s station they lean forward and start kissing passionately.

Blaze drops his scrubs and bends over offering up his bubble ass to Michael who fucks him doggy style.

That is until a tired doctor barges in looking to catch some shut-eye. Oops.

Blaze quickly gets into the bottom bunk and Michael hides under the blanket so he can suck Blaze’s dick as the doctor is none the wiser.

Once the other man is ensconced in the top bunk, Michael fucks the bottom spoon, and the guys even risk some doggy style before Blaze rides Michael’s cock and takes a big facial…Join them!

Blaze blows Collin’s big dick, swallow it till it hits the back of his throat. Collin offers up his hot hole to Blaze who rims it deep getting it lubed for his dick. He then pounds his muscle ass until he shoots his load all over.

The boys are being sent off to war, but not before one last hot and sexy romp. Slender Zach Country, beefy Damien Stone, chiseled Vadim Black, fit Brandon Evans and muscular Blaze Austin partake in some deep dick sucking before designating who’s bottom will get dominated.

These hard-bodied men know just how to please each other, and can’t wait to let off a satisfying creamy load.

Sergeant has been fooling around with the hot Blaze Austin for a few months now, and while Aaden is staying with Sergeant in his city apartment, he invites him into his bedroom to share Blaze.

Before long, both Aaden Stark and Sergeant Miles both are double-penetrating Blaze Austin in his tight backdoor…Join them!

If only Manuel Skye’s white-collar colleagues knew what he was up to after hours. Manuel is a true professional in the office, but when he gets home to his stepsons, he turns into a total sex pig. Dakota Payne is about to learn about his stepdad’s fetish for bondage and domination: Manuel breaks out the ball gag, cuffs, and toys to turn Dakota into his own living sex doll. One of Manuel’s other boys, Blaze Austin, joins them for the fun, too…Join them! 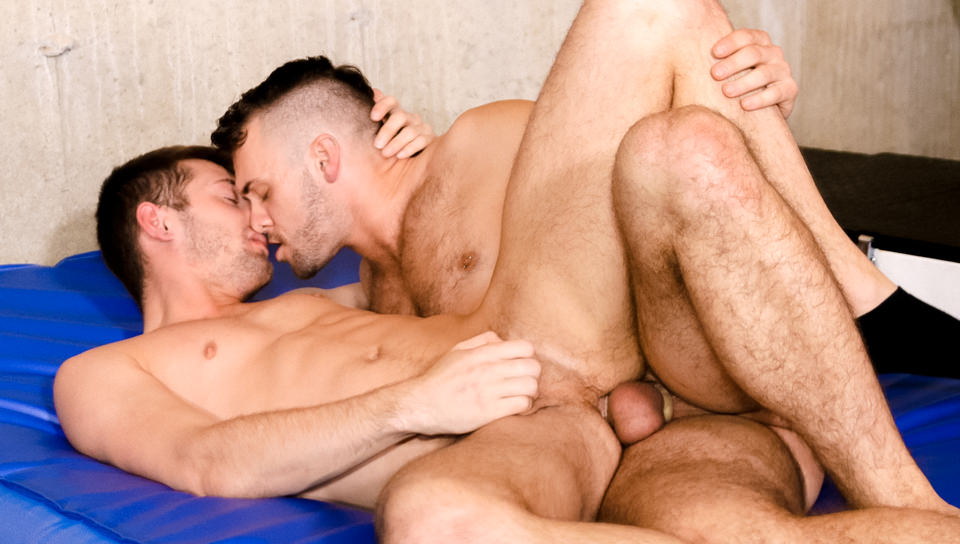 These two young, hot college bros fuck each other’s brains (and holes) on the floor of their frathouse gym, drenching each other in sweat and cum…Join them!